On the far Southern tip of the South Island is Curio Bay and Porpoise Bay. There are Hector Dolphins leaping through the waves, penguins nesting, and a forest of petrified stumps as a bonus. Not a bad place to start the New Year!

At Curio Bay, watch yellow-eyed penguins come ashore. If you're there at the right time of year, you might even seen the adult penguins feed their young and teach them how to walk on rocks. This all occurs on top of an ancient forest of petrified stumps. At Porpoise Bay, you can swim, surf, or boogie-board. If you are lucky, you might see Hector Dolphins playing in the waves or swimming nearby. Best of all, Curio and Porpoise Bays are just a short walk apart, on opposite sides of a peninsula.

Lastly, if you see a seagull picking on penguin cubs and a penguin Mom ready to defend, bet on the Mom.

See "what" section above.

Curio Bay is on the far south of the South Island in the Catlin's region. We stayed at the Curio Bay Holiday Park camping grounds on the peninsula with Curio Bay on one side and Porpoise Bay on the other. The camping ground has beautiful views as well. You can rent surf boards, boogie boards, and wetsuits from a small surf shop near the campground headquarters. The wetsuit was worth it as the water was quite chilly.

Arriving on New Year's Eve, it turns out we were quite lucky with the time of the year for the penguins. The chicks were just big enough to start venturing out of the nests and into view. We watched at sunset, but have heard that sunrise can be even better since fewer people are willing to get up for it. We were also lucky with the dolphins as they were near shore the day we were there, and diving in the waves. It was amazing.

The Curio Bay Natural Heritage Site has information here. The NZ Frency book and blog also has information. Keep in mind in your travels that these are rare animals and it's important to respect them and their habitat. 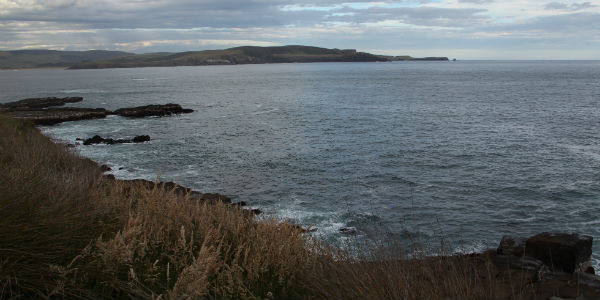 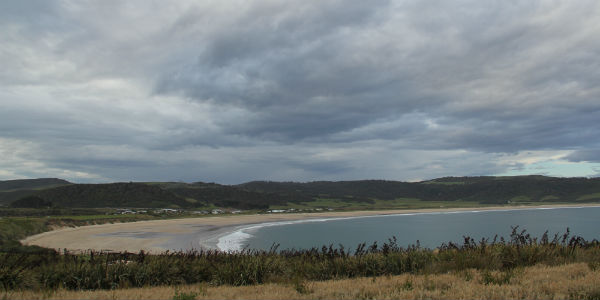 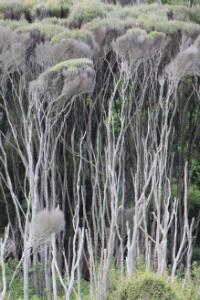 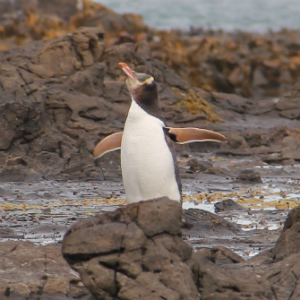 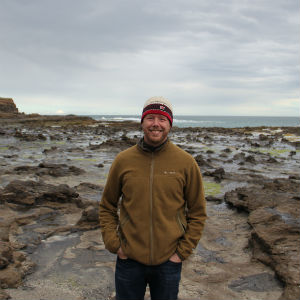 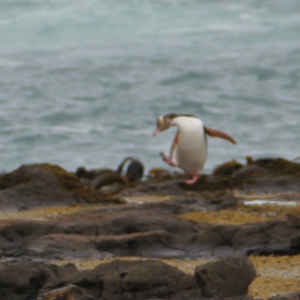 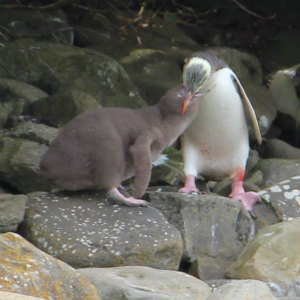 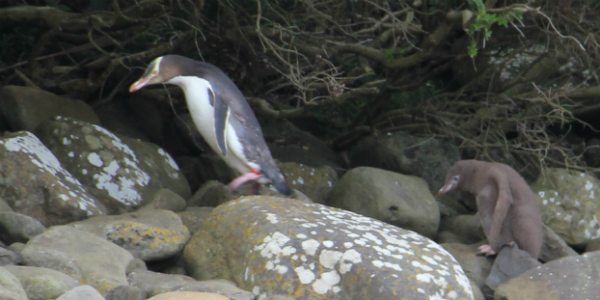 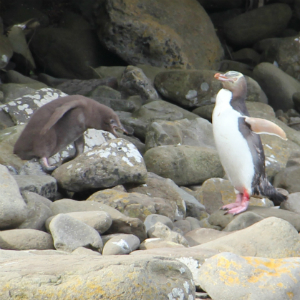 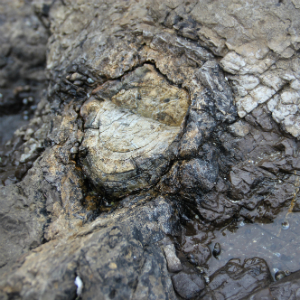